This 10 Day Kenya Safari Package lets you experience Kenya’s Capital City, Nairobi in 2 days visiting Giraffe Centre and the Nairobi Sheldrick Elephant Nursery before heading to Northern Kenya in the heart of Mathews Ranges in Samburu where you will stay for 3 nights before heading down to the world’s famous Game reserves – Maasai Mara home of the Great Wildebeest Migration where we host you at Offbeat Mara Camp located in Mara North Conservancy for 4 nights. You will definitely delight in the contrasting scenery, spectacular wildlife and the civilized charms of this great land, the people and their economy in these areas as well as enjoy various activities such as wildlife viewing, relaxing sundowners and camp/lodge explorer. Getting to these locations is by a combination of 4WD safari vehicles for transfers to the camps after your scheduled light aircraft flight. You will be guided by the knowledgeable local guides found in your respective camps. 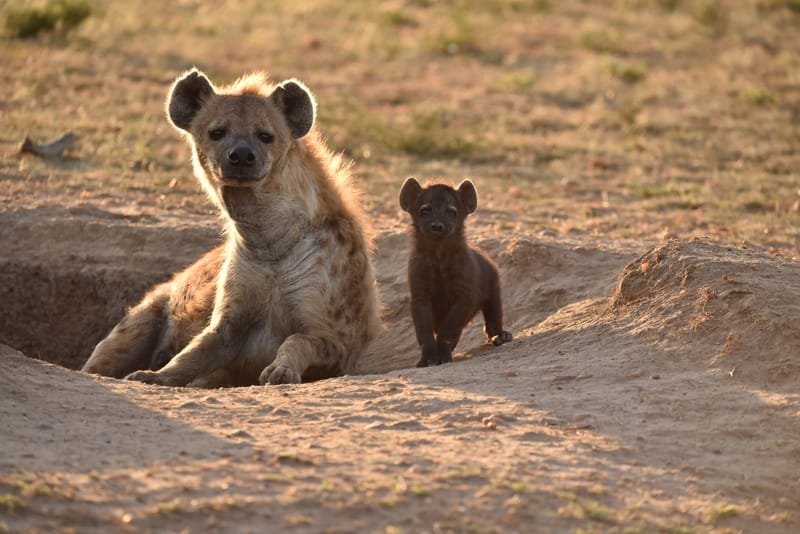 You arrive Nairobi with your flight ***Preferable PM flight***. You will be met by an Absolute Vantage representative who will then facilitate your transfer to your Bed & Breakfast accommodation – Macushla House in the suburbs of Karen for overnight

Macushla House is an owner-managed guesthouse situated in lush gardens in the central Karen district in Nairobi. It has six comfortable en-suite bedrooms. The bedrooms are spacious and well appointed. During the colder nights you will often be pleasantly surprised to find a nice hot water bottle hiding underneath the cover. Macushla house is ideal for single travelers, couples or families spending the night in this bustling city.

Awake, have a sumptuous breakfast courtesy of Macushla House and make your way to the Giraffe Centre for an up-close and personal touch with the endangered Rothschild’s Giraffes. The Giraffe Centre also known as African Fund for Endangered Wildlife have played a pivotal role in breeding the Rothschild Giraffes and re-introducing them back into the wild ever since the late 1970’s and double up as a Conservation Education centre for the Kenyan Youth. A 1 hour stay here is enough to be followed a visit to the Sheldrick Wildlife Trust – which starts out journey with Elephants on the safari. This visit puts you in touch with elephants under the age of 2 years who have gone through traumatizing near death situations, lost their families and parents and are now orphaned – thanks to the Trust for having given them hope, a new home and family for them to grow and later own will be introduced back into the Wild. The Trust is only open between 11am and 12 noon for public viewing and there is another 5PM visit for individuals who have fostered elephants. You will have lunch and souvenir shopping at recommended agreed spots in Karen Area (Mat Bronze Wildlife Art Gallery, Utamaduni Artisans, Talisman or Karen Blixen Coffee Garden).

On Day 3, you will have an early breakfast after which you will be transferred to the Wilson Airport to catch your flight to Samburu – then transferred to Sarara in Namunyak Conservancy where you will stay for the next 3 nights. Namunyak Wildlife Conservancy is located in the northern frontier of Kenya covering an area of 850,000 acres of pristine wilderness surrounding the Mathews Range of mountains. The savannah plains and lush mountain slopes are home to elephant, leopard, reticulated giraffe, wild dog and kudu in ever increasing numbers. This remote and dramatic landscape is also home to the local Samburu people whose age-old traditions, including the famed ‘singing wells’ are as much a part of the fabric of this land as the wildlife.

Sarara has six tents with ensuite toilet and basin with an outside bathroom attached to each tent. Acitivities included in your quote at Sarara: Day and night shared game drives, guided walks, hiking in the montane forest of the Mathews Mountain, fly camping, horse riding and village visit.

On Day 6, you will have a leisurely breakfast after which you will be transferred by road to Kalama Airstrip in Samburu to catch your scheduled flight to Maasai Mara. Your scheduled flight may pass via Nairobi and onto the Maasai mara depending on flight routing of the other travelers.

You will stay in Maasai Mara for 4 nights. The Maasai Mara is well known for the annual wildebeest migration in which we have crossings take place in the Mara river between the months of July and September thereabouts. As a result, the Mara is home to the Big cats and a range of herbivores not to forget the big five. Some of the famous wild animals in the park you are likely to encounter include: lions, rhinos, hippos, crocodiles, giraffe, wildebeests, zebras, buffalo, warthogs, hyenas, jackals, wild dogs, buffalo, leopard, cheetah, many kinds of birds, antelopes and elephants.

On one of the days you have the option of per taking an early morning balloon ride over the Mara plains that will be crowned with a champagne bush breakfast. As you ascend aerially, beautiful features unfold before your eyes – gentle rolling hills, meandering rivers and lush grasslands. From this vantage point, you realize that you can locate wildlife with little guidance – giraffes, elephants, gazelles, hippos and many other grazers and foragers. If you are lucky, you may even spot the lordly predators like lions, hyenas, cheetahs and other hunters

While in the Maasai mara, you will be accommodated at Off Beat Mara Camp in the Mara North Conservancy (MNC).  Offbeat Mara Camp is a 7 tent traditional semi-permanent camp. Situated on an unspoilt part of Masailand, an area full of wildlife but far from any other camp or lodge.  The MNC has fantastic wildlife viewing all year round, including the Offbeat Lion pride just outside of camp. The MNC has low camp/lodge density and is open only to member camps, with a strict number of vehicles permitted at sightings.  Breakfasts, lighter lunches and three course dinners are served each evening. Guests can also relax at the bar or by the fire in the living room area; which is furnished with comfortable sofas. The mess tent has Wi-Fi and charging facilities (on between 6pm – 10pm).

Today you awake at leisure, have breakfast and bid MNC and Off Beat Mara Camp farewell. A drive to the airstrip to catch your scheduled 1-hour flight back to Nairobi. Arrive Wilson Airport and head for Lunch – perhaps at the Talisman Restaurant in Karen. Thereafter you will be transferred to the Crowne Plaza Airport Hotel where you will have a day room to re-group and relax awaiting your transfer later on to JKIA terminal to catch your flight back home